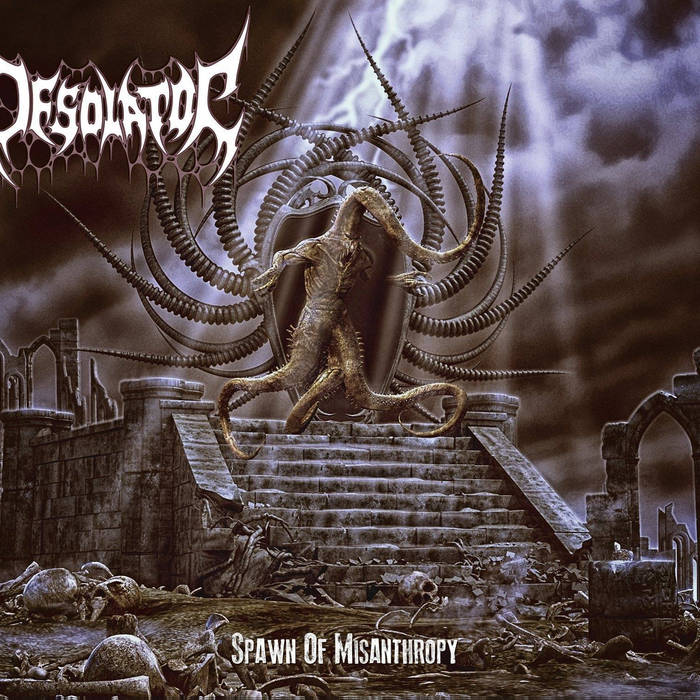 Obstacle of Affliction Spent the whole time listening to this EP trying to figure out the creature on the cover. Enjoyable release. Favorite track: 04 Dark Epitaph.

Spawn of Misanthropy" will feature four fresh tracks, and will be re released on Cd Digital and Digipack by Black Lion Records

Desolator is a death metal band from Stockholm, Sweden formed in 2009. The early days of the band were dedicated to classic Swedish style death metal, but after releasing full-length ”Unearthly Monument” on Hellthrasher Productions, focus shifted towards a more epic, monolithic sound influenced by Immolation and Morbid Angel. ... more

Bandcamp Daily  your guide to the world of Bandcamp